On Sunday, October 7th, we put the tablecloth on A Moveable Feast, hung the chandelier, and headed out for a nice pedal through the streets of LA for CicLAvia!

We set out at 10:30 or so with 6 pedalers.Â  We had no problems crossing the LA river bridge and train tracks into downtown proper.Â  The biggest obstacle we faced was a steep hill from Spring up to Broadway into Chinatown.Â  We pedaled hard and with gusto and were able to mount the hill without having to get off and push.Â  This was our first major hill since the new drivetrain, and I was definitely impressed!

CicLAvia was alive with thousands of bicycles in the streets.Â  Everyone was waving, cheering, and smiling as we pedaled through.Â  We must’ve raised our glasses to hundreds of cell phone cameras throughout the day.Â  Everyone wanted to talk to us about the project and give us their complements.Â  We were tickled pink.Â  It’s always a great feeling to have other people truly enjoy your creation.

We had to stop a couple of times to take a break and refill our crystal and silver water containers.Â  But, spirits were high and we weren’t as tired as I thought we’d be.Â  We met up with Catherine who brought her magic camera.Â  She always takes jaw dropping photos, so I’m definitely looking forward to the results.Â  After a short stop at the Down & Out for some hydration and simple carbs, we hopped back on the Feast.

We decided to turn around once the route turned on 7th street.Â  However far we pedaled that day we were going to have to pedal back.Â  We didn’t want to get home late at night, so we decided to start the slow trek back home.Â Â  Surprisingly all of the gearing, chains, and sprockets stayed functional without so much as a chain needing to be re-attached.Â  This was the first time that no one had to crawl under the table to get their hands dirty re-aligning some chain.Â  Is the Feast getting actually reliable?Â  I couldn’t be happier.

Many people took some photos of us, but most don’t know what the thing is called.Â  So, usually they’re lost to the anonymity of the internet.Â  However, I was able to find a few photos online.Â  Here are some links: 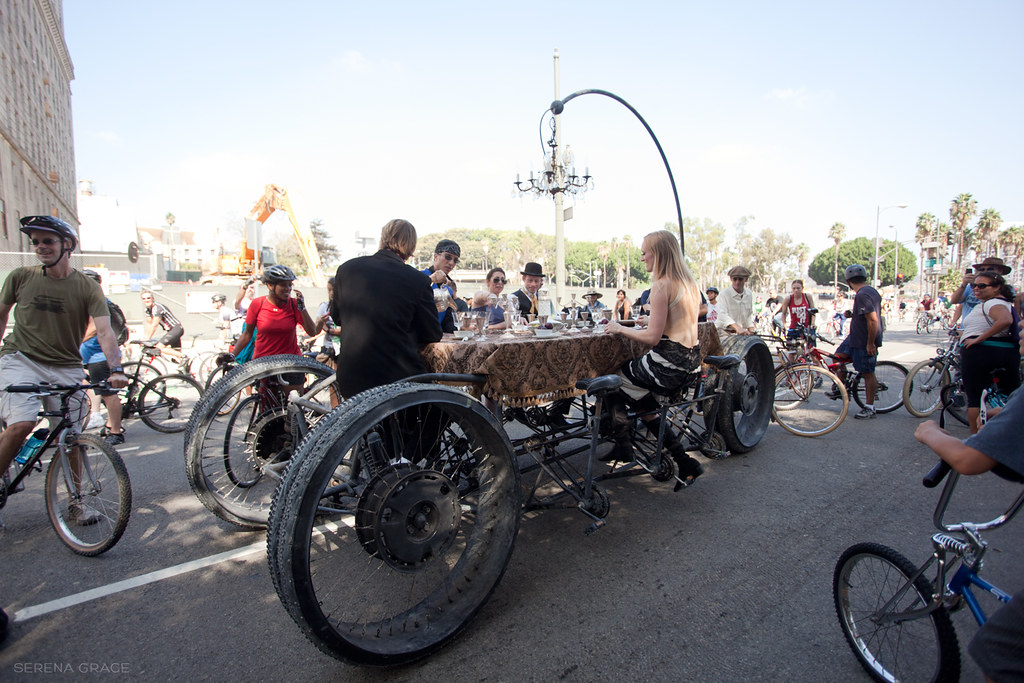 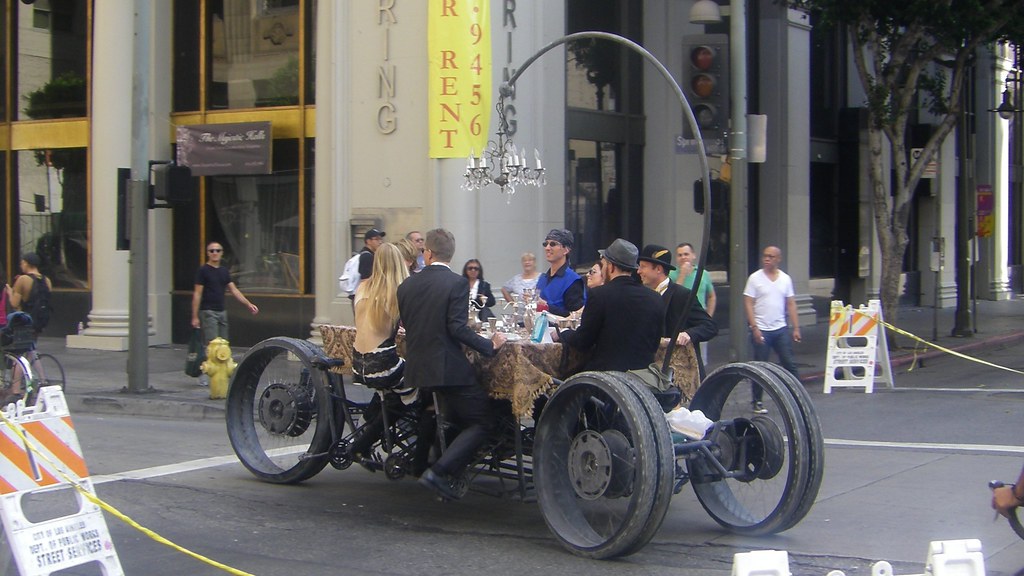 If you find more photos out there, let me know in the comments.